courtesy of lilian
A couple weeks ago, I was assigned the task to make fifty cupcakes for a baby shower on June second. For a bakery, that isn't much of a dangerous task, but in my kitchen, it was. I spent much more money on it than I should have, but the outcome was definitely worth it. 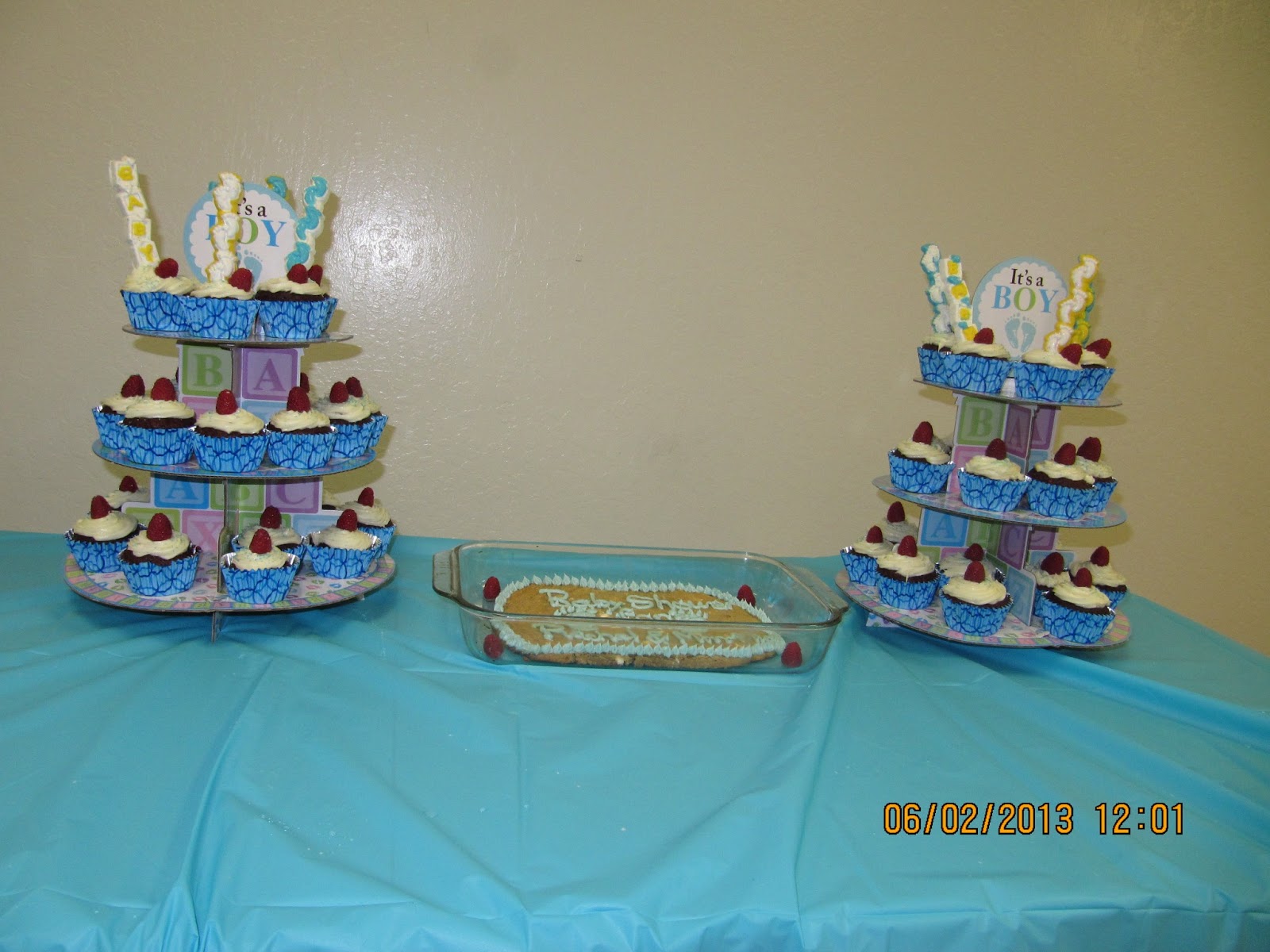 The mom-to-be's were so excited and I definitely look forward to doing it again.
The cake is red velvet and the frosting is cream cheese. You can use any recipe that you want, but the key to making cupcakes for an occasion is planning. 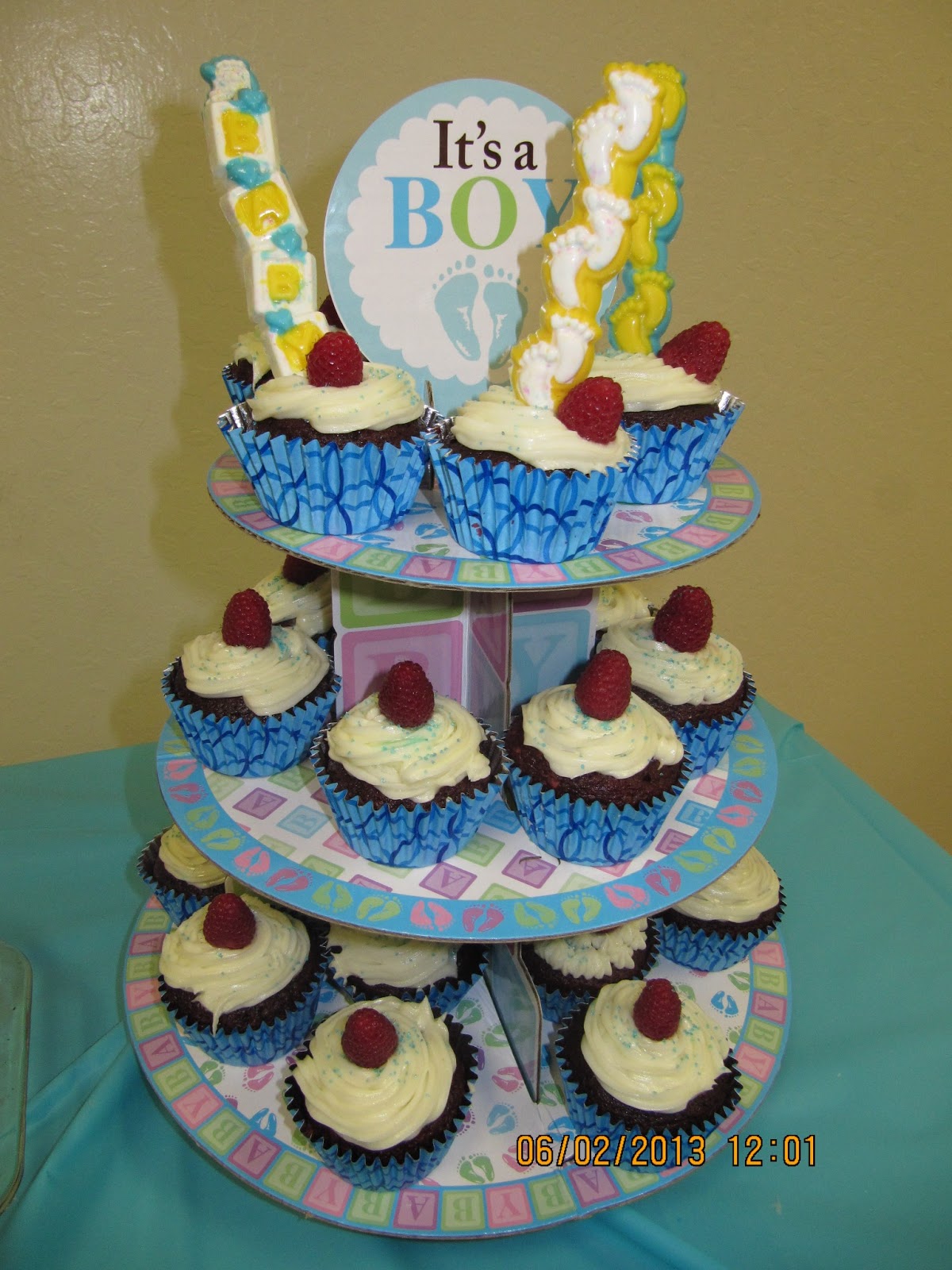 I made the cupcakes the day before and frosted them at the baby shower, about 30 minutes before it began. I had a "It's a boy!" cupcake stand to put the cupcakes on. In addition, I stuck molds of baby feet and blocks on top of the cupcakes, along with raspberries. The trick is to use candy melting wafers from Wilton. They are a bit expensive per color, but they'll harden and turn into a solid form or melt into a liquid form. I used a lollipop stick in the mold [also from Wilton] instead of a pretzel to stick into the cupcake. 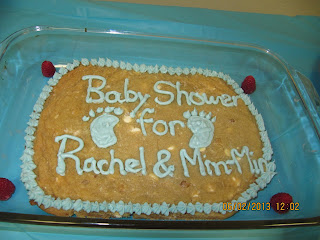 I did this cookie the morning of the baby shower, and it was pretty easy. My mom suggested it on short notice, so I used some pre made cookie dough, kneaded it, popped it in the oven and let it cool.
The frosting is the same cream cheese frosting from the cupcakes up there, just with a different tip and dyed.
This was actually my first time writing with icing, and I think it turned out pretty good, considering that it was legible.

The cookie was the centerpiece between the two cupcake stands and the fact that everything was edible was even better!
see other posts in cakes, cream, DIY, raspberries
Email ThisBlogThis!Share to TwitterShare to FacebookShare to Pinterest